While governments are struggling to find acceptable solutions to the migration crisis, some independent volunteers have decided to act:  four Swiss women, Katja, Lisa, Hélène and Mireille, decided one day to help migrants. Sometimes coming up against the prejudices or lack of interest from their fellow citizens, they fight  hard, move forward without letting go.

To deal with the migration crisis, the European Union has implemented drastic measures. European governments have concluded agreements with Turkey and Libya to curb the flow of migrants to Europe. They also strengthened the Dublin Regulation, a regulation also signed by Switzerland, and many European states have closed their borders. These various measures can sometimes have dramatic consequences for migrants who come to seek asylum in Europe.

A bunch of citizens decided to help out after witnessing these dramas, either from watching unbearable images, reading news articles or more simply educating themselves. They offered their time, their talents, sometimes their money, and a lot energy to make a difference. “Making a difference” is first of all to no longer accept the unacceptable. It means realising that we don’t have to be a professional to be useful. Making a difference is to stop ignoring the sadness happening right in front of our eyes, hoping to see the crisis disappear. It means to tackle reality, open our eyes and our heart, get out of our personal comfort to make the grass of our neighbour in distress, a little greener. These people are volunteers. Volunteers because they made this decision freely. But also because they show their willingness to make a difference. Numerous actions have taken place: distribution of food and cloth, administrative assistance, French lessons, demonstrations, events, and so on. All these concrete and targeted actions relieve hearts, resuscitate smiles and sometimes even save lives.

The film is an immersion in this civic action. To realise the amount of work these volunteers put together, and to be as close as possible to reality, it was important for us not to get lost in a scenario. We are not here for storytelling. The story, the real one, talks for itself: a documentary that spectators can only digested through the eyes of the volunteers. And in particularly through Katja, Lisa, Hélène and Mireille, all involved in their own ways in solidarity with the refugees, here in Switzerland, but also at the front, in Greece, where entires families have been displaced and are now looking for new welcoming lands to rebuild their lives. 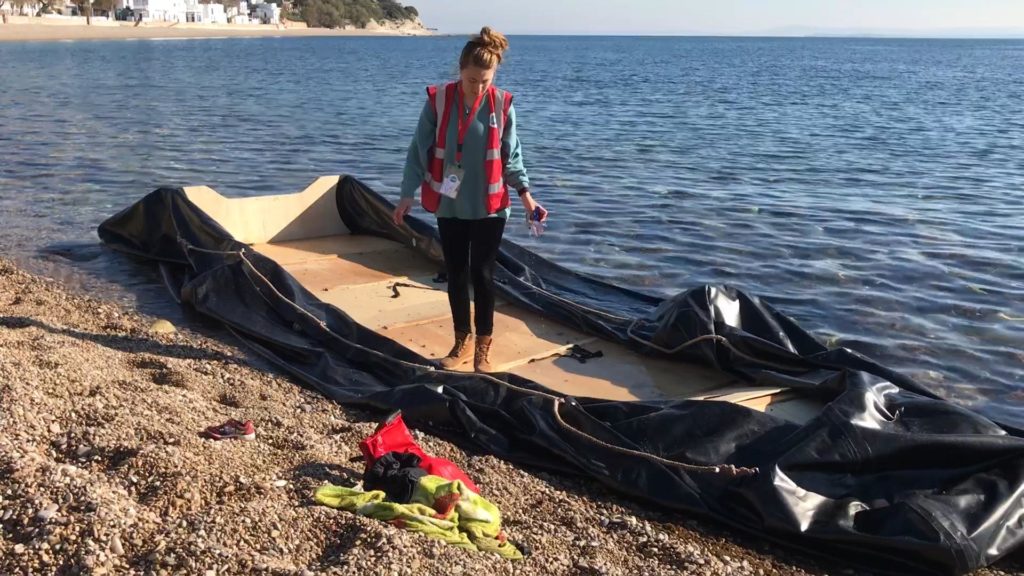 Are we ready to take on the drama unfolding before our eyes?