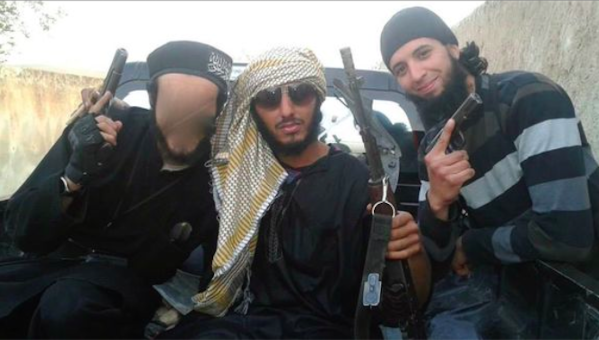 They come from northern Vaud and elsewhere in French-speaking Switzerland and they have gone to fight with the Jihadists of the Islamic State, in Syria and Iraq. Assassinations of journalists, beheadings and crucifixions: are those Swiss nationals involved in these atrocities? For this exclusive investigation, Temps Present has retraced the trail of Swiss jihadist networks and the possible war crimes committed by fellow citizens.

A documentary from François Ruchti and Marie-Laure Widmer Baggiolini

Who are those Swiss fighters of Islamic State and what are their implication in those abominable war crimes committed in Iraq and Syria? This report is the story of these candidates, like this ex-jihadist from Vaud, whose testimony is unique in Europe. He returned in March and his story made it possible to go back through and understand the recruitment process.

Sébastien (not his real name) spent 3 months in Syria, including nearly 54 days in prison in the hands of ISIS. But he changed his mind as soon as he arrived in Syria. He wanted to leave the terrorist group only after a few days in training camps. He ended up being jailed inside ISIS prisons, before being able to return home in late March 2014.

Other young Swiss people could not, or did not want to leave the ultra-religious group. These Swiss jihadists are still with ISIS troops, on the ground. Temps Present’s investigation on the Turkish-Syrian border reveals that a Swiss national and his unit were at the exact location and on the day, when spectacular and bloodthirsty crucifixions took place. Was the Swiss national involved in these horrors? Others were too? Did they have a choice? Here is a question that arises for the twenty young people currently in Syria, according to figures from the intelligence services. Young people caught in the gruesome network of the Islamic State. These candidates for martyrdom thought they were fighting against Bashar, against the dictatorship, for the good of the Muslim community. They find themselves in an ultra-radical & extremist group that uses war crimes as a weapon of terror…. And one day will have to be accountable.